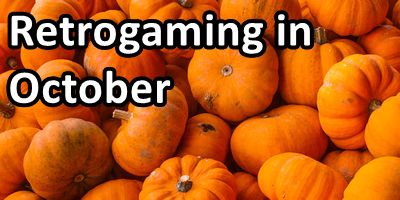 As the northern hemisphere starts preparing for Winter, we’ll take a look at what happened in October in the history of video games. There were many events to remember, as usual a mixture of happy, sad and interesting. This time, I have so many dates that it makes sense to order them by topic.

Let’s start with Sierra: Ken Williams, the co-founder of Sierra with his wife Roberta, was born on 30 October 1954. Of the many games the company produced, one came out this month: King’s Quest III, on 1 October 1986.

The next larger topic is id Software: Both John and Brenda Romero (née Garno, also known as Brenda Brathwaite) were born in October: Brenda on the 12th of the month in 1966 and John on the 28th in 1967. In addition, Doom II came out on 10 October 1994, and Hexen: Beyond Heretic on 10 October 1995. Tangentially, Warren Spector was born on 2 October 1955. While he never worked at id Software, he later joined John Romero’s next company, Ion Storm.

While Infocom must be mentioned in every instalment of this series, its impact is comparatively small this time: Dave Lebling, one of the founders and most prolific authors of the company, was born on 30 October 1949. One of its most successful games was The Hitchhiker’s Guide to the Galaxy, and the book that game was based on came out on 12 October 1979.

The next topic is a bit more loosely connected: corporate life. Activision was founded on 1 October 1979, and the SETA Corporation was founded on 1 October 1985. That last name is fairly unknown outside of Japan, but SETA published more than 50 games, mostly for Nintendo and Sega platforms. On 7 October 1987, Muse Software was legally dissolved. The company is mainly known for the two original Wolfenstein games, but it also published around 20 other games, among them the oft-copied Space Taxi.

There are four personal dates that do not belong to one of the other topics: German composer Jochen Hippel was born on 14 October 1971; Apple founder Steve Jobs died on 5 October 2011; Dave Colclough, also known as “El Blondie” in his later career as a competitive Poker player, and a programmer who worked on Myth: History in the Making, died on 18 October 2016, and English composer Ben Daglish died on 1 October 2018.

Lastly, it should also be mentioned that ARPANET, the forerunner of the internet, successfully established its first connection on 1 October 1969. And 21 years later, on 6 October 1990, the Sega Game Gear was released.

Now we’ll get to the games.

On 10 October 1993, two Zelda titles came out for the Philips CD-i: Link: The Faces of Evil and Zelda: The Wand of Gamelon. They were both developed at the same time and used many of the same features.

And once again, that ends our little look back. I hope to see you again for the final entry in this series on 1 November.

The featured image for this article uses a photo by Jan Huber. All other images are displayed here under the assumption of “fair use”. 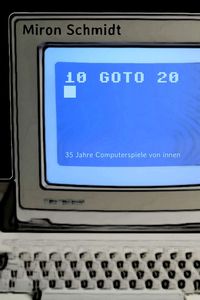