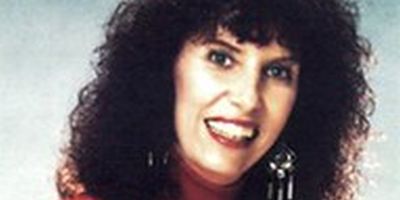 My last “shorts” video focused on M.U.L.E. by Ozark Softscape on the Atari 8-bit family. The mind behind that game was Danielle Bunten Berry, an outstandingly innovative game designer who pioneered a minimal design with well-constructed game mechanics.

Berry, who is often credited as Dani Bunten or Dan Bunten, started her career in 1978 with the auction game Wheeler Dealers for the Apple II. It was published in Canada by Speakeasy Software, and only sold about 50 copies due to a custom controller bundled with the game, which raised the selling price. Afterwards she wrote three games for SSI: Computer Quarterback (1979), Cartels and Cutthroats (1981) and Cytron Masters (1982). Cartels and Cutthroats caught the attention of Trip Hawkins, the founder of Electronic Arts, who tried to license the game, but was turned away. Berry managed to convince him that she (with her new company, Ozark Softscape) could design an even better game exclusively for EA. After incorporating elements of Wheeler Dealers and Cytron Masters, as well as board games such as Monopoly, the resulting game, M.U.L.E., became one of the first five games to be published by Electronic Arts in 1983 (together with Archon: The Light and the Dark, Axis Assassin, Hard Hat Mack and Worms?). With 30,000 sold copies (believed by Berry to be the result of piracy), the game was only moderately successful, but received many favourable reviews, so another game followed: The Seven Cities of Gold, which became an instant hit, and prompted Ozark to write a sequel, Heart of Africa.

The next game was originally an attempt to isolate the fun elements from M.U.L.E. and remove everything that looked complicated. When Robot Rascals was published in 1986, it had become more of a scavenger hunt, and was Berry’s first game not to include a solo-player option. This, combined with the card decks that introduced random elements, contributed to the game’s lack of success. The next game, Modem Wars, was more popular, but due to some disagreements with Trip Hawkins, Berry decided to leave Electronic Arts and move to Microprose instead. After two games, Command HQ (1990) and Global Conquest (1992), Berry withdrew from game development altogether. In 1997, her last game Warsport came out.

Of those games, M.U.L.E. and The Seven Cities of Gold are nowadays considered master classes of game design, and Modem Wars and Command HQ championed many features that are taken for granted today: real-time strategy elements, modem play (a predecessor of network play), and instant replay.

Born in 1949, Berry grew up playing board games, and remembered those times as quality time spent with a family she otherwise felt was dysfunctional, as she said in an interview with James Hague. She was a fan of Monopoly and Avalon Hill’s Civilization, and both games can be traced as major influences for her early games.

She was born as Daniel Paul Bunten and identified as male for most of her life, though she later stated she had felt to be female from the age of four. After three divorces she underwent a gender reassignment procedure in 1992, and added her mother’s maiden name, Berry. While she never questioned the decision to live as a woman, she regretted the surgery. She wrote personal and candid replies to people asking her about it, and eventually compiled many of them into a note to people considering a sex change. In it, she explained, “And what did it all cost? Over $30,000 and the loss of most of my relationships to family and friends. And the costs don’t end. Every relationship I make now and in the future has to come to terms with the sex-change. And I’m not the only one who suffers. I hate the impact this will have on my kids and their future.”

Her children, Melanie, Daniel Jr. and Nick, maintain the Ozark Softscape website as a tribute to Berry and her fans, and refer to her there as “our dad, Dan Bunten“, though there is no hint of any disagreement with her life decisions.

Danielle Berry died in July 1998 at the age of 49, after being diagnosed with lung cancer. Of the many honours she received, the award for lifetime achievement from the Computer Game Developers Association, presented by famed adventure author Brian Moriarty, was given to her shortly before her death.

The photo of Danielle Berry was taken by 南宮博士 and is reproduced here under a CC BY-SA 2.0 license. For more information about her games, follow the link at the beginning of this article.